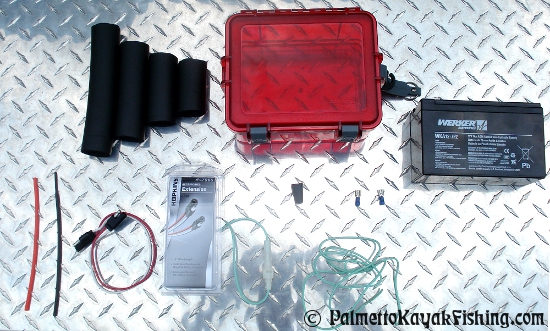 While there are a lot of different power options for running a fish finder or other electronics on a kayak, I chose to stick with what has worked for me in the past.  I went with a small sealed lead acid battery (SLA) available locally at Batteries Plus due to its long run time between charges and durability.  There are a couple of different options and sizes available, but I specifically chose Werker’s 12v 7ah (part number:  WKA12-7F2). 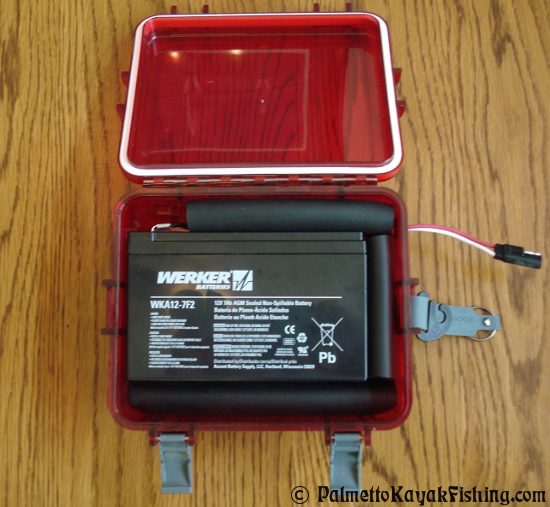 In my previous rig – the Ocean Kayak Prowler Big Game – there was a built in battery shelf inside the hull designed to house one of these SLA batteries.  I must say that this option was well thought out and allowed me to leave the battery inside the kayak at all times much like a traditional fishing boat.  Since the Ride 135 is a little different, an easy to build battery box works just fine. 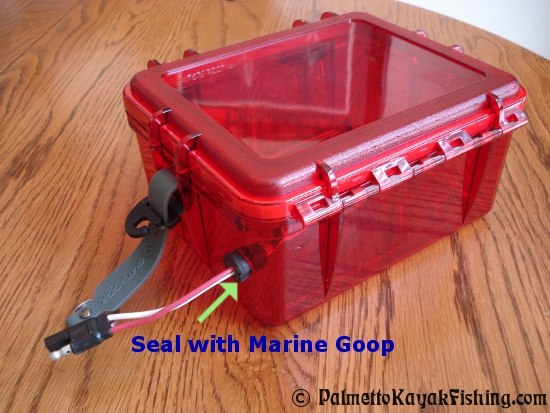 For this build, I picked up a large Outdoor branded dry box from Walmart and test fitted it inside the center hatch of the 2012 Ride 135.  Not only is it a perfect fit, it wedges securely into position either forward or back once on the floor inside the hull. 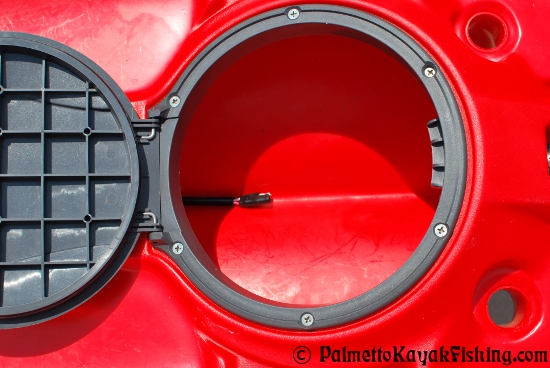 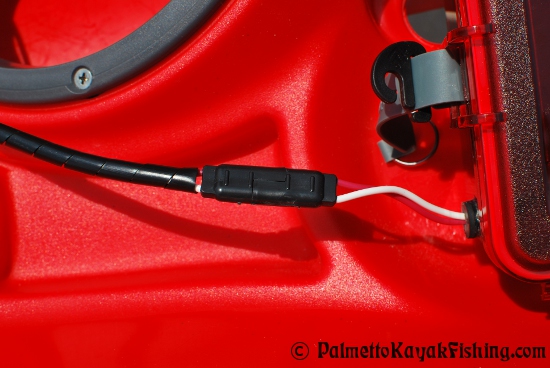 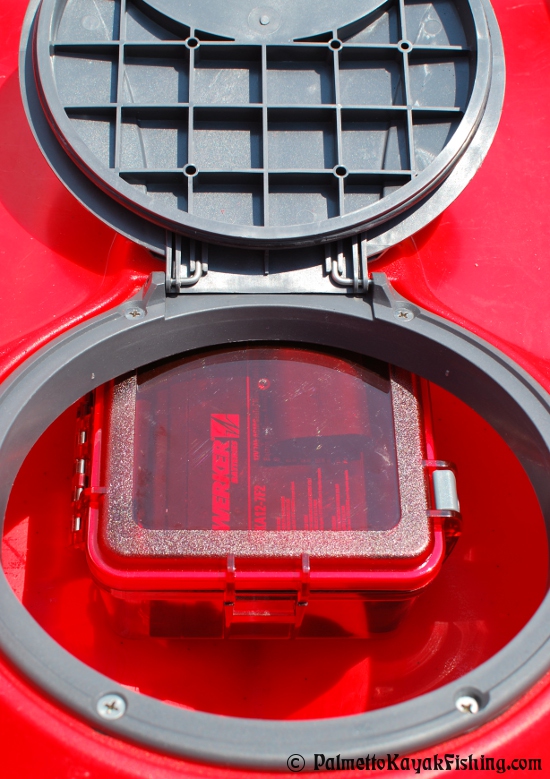 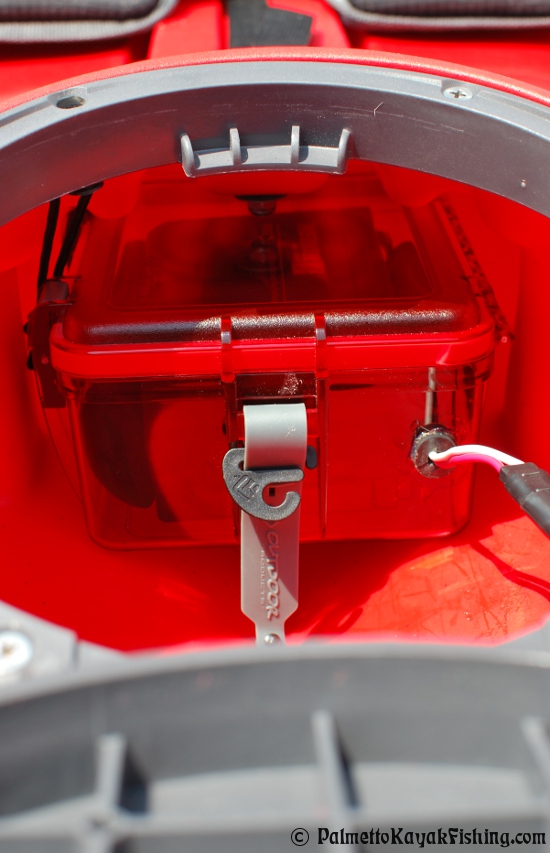 I prefer to keep it in the forward position because I like to stand in my Ride 135 and think that the floor may flex ever so slightly and possibly put unneeded pressure on the battery box if it were kept in the rear position. 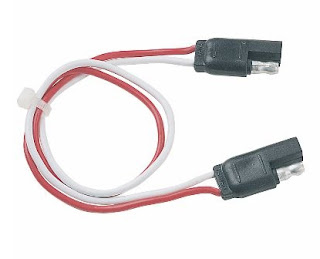 To make the connection to the fish finder removable I purchased a Hopkins 12 in. 2 pole flat set connector from Autozone for around $2 (part number:  47965).  In addition to being inexpensive and offering a watertight connection, this setup allows me to charge my battery without having to remove it from the box (see picture). 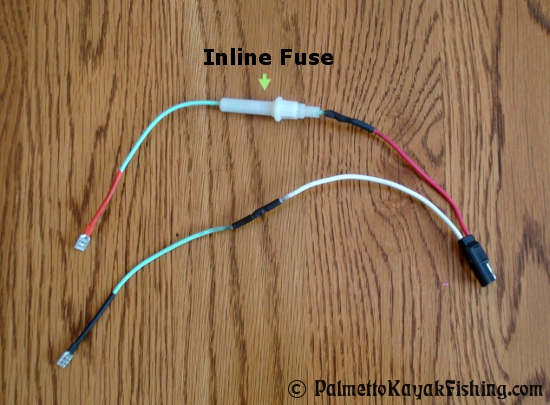 I simply cut the connector in two and soldered one end to the fish finder’s connections and the other end to the battery box leads.  A few extra parts including battery terminal hardware, an inline fuse, marine heat shrink and extra wire were used for making the electrical connections from the battery to one end of the cut Hopkins connector. 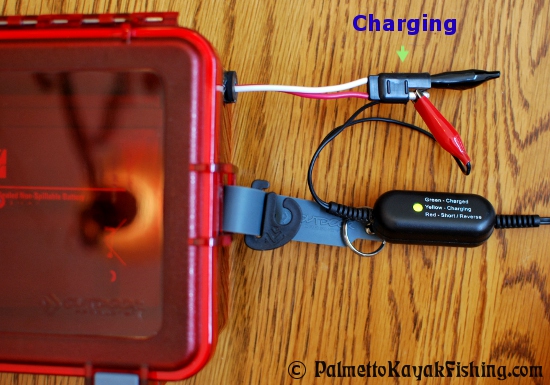 Here is a tip on drilling into the dry box.  Use a small drill bit to make a pilot hole into the plastic.  Next, attach the larger drill bit that will bore the hole large enough to pass the wires through with the addition of the rubber stopper.  REVERSE the drive of the drill so that the large bit spins counterclockwise.  The reason for doing this is that it prevents the bit from digging into the rigid plastic too fast which can cause the box to crack.  By using the large bit in reverse in a high speed drill, the friction and heat do most of the drilling instead of the cutting edge of the drill bit. 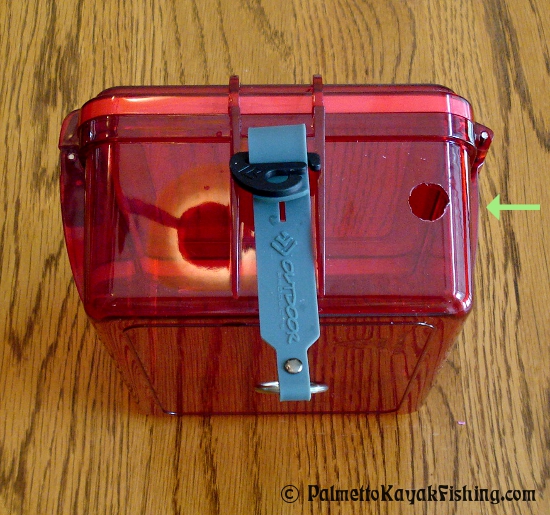 I passed the wires through the hole, modified a rubber stopper from Lowe's and added marine Goop to make a sealed port.  Foam tubes cut to size house the battery inside the box and keep it from sliding around.  I added one additional small piece of foam between the battery and the hinged door.   It works great! 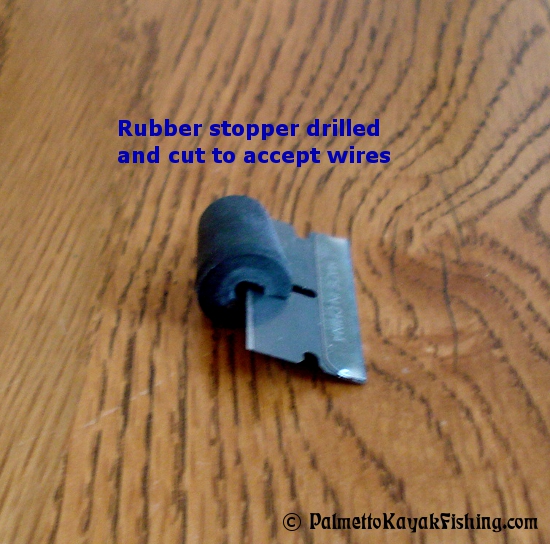 Posted by Palmetto Kayak Fishing at 8:31 AM